I love Neil and I loved this book. Learned allot about Young from a child all the way to current day. ×čňŕňü âĺńü îňçűâ

DIVDaniel Durchholz is co-editor of MusicHound Rock: The Essential Album Guide and a former editor at Request and Replay magazines and at STLtoday.com. His byline has appeared in the St. Louis Post-Dispatch, the Chicago Tribune, the Washington Post, Rolling Stone, Billboard, Stereophile, and many other publications. His weekly music segment can be heard on The Carney Show on KMOX-AM (St. Louis) and online at KMOX.com. He lives in Wildwood, Missouri. Gary Graff is an award-winning music journalist based in Detroit. He is a regular contributor to the New York Times Features Syndicate, Billboard, UPI, the Cleveland Plain Dealer, Revolver, and other publications, as well as to radio stations in Detroit and Milwaukee. He is the editor of The Ties That Bind: Bruce Springsteen A to E to Z and the series editor of the MusicHound Essential Album Guides. He lives in Beverly Hills, Michigan./div 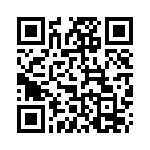