Ńňîđłíęŕ 1766
And there were those who wanted independence , notably Christopher Gadsden
and William Johnson . The General Assembly opposed such an idea and John
Rutledge , Thomas Lynch and Gadsden were sent to New York as delegates to ...
Ńňîđłíęŕ 1775
Signer of the Declaration of Independence , Heyward was the eldest son of
Colonel Daniel Heyward , one of the wealthiest planters in the colony , and of
Mary Miles , daughter of William Miles . Admitted to the Middle Temple , London ,
in 1765 ...
Ńňîđłíęŕ 1778
Bold , inflexible and passionately independent , he was inclined to be reckless in
his use of military force . Placed in command of the South Carolina militia during
the Revolution , he operated in the South , guerilla fashion , almost independent
... 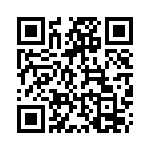