Ńňîđłíęŕ 135
It was held that this power attempted to distort national opinion and action to suit
its own interests and purposes which were , generally , the aggrandizement of
the Roman Catholic Church and , particularly , the inflation of the clergy's own
role ...
Ńňîđłíęŕ 146
And , as Engels among others noted , the Irish attended these churches and
practised their deplorable religion to an extent far ... Here , mushrooming in
Britain itself , was the Irish problem in microcosm - poverty , priestcraft , church
wealth ...
Ńňîđłíęŕ 149
In so far as this was attributable among the Irish to want of churches and priests ,
the danger was simply not seen , and ... before irreparable damage was done -
and if there was any neglect or blame in this , the Irish church was no less at fault
... 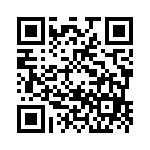