Rebecca Kobrin is Assistant Professor of Jewish History at Columbia University. She is author (with Adam Shear) of an exhibition catalog, From Written to Printed Text: The Transmission of Jewish Tradition. 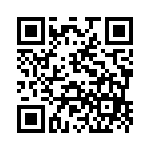