Born in Kendal, England, Arthur Eddington was the son of the headmaster of the Kendal school. At the age of 16, Eddington won a scholarship to Owens College in Manchester, graduating with a degree in physics in 1902. Although he was very shy in public, he had an outstanding ability to convey mathematical concepts to the layperson. Eddington was widely known in the early twentieth century for his popular books, many of which remain in print. But he also was one of the pioneers of twentieth-century astrophysics, a founder of many important lines of astrophysical research. Eddington spent a few years studying stellar motions at the Royal Observatory at Greenwich. However, most of his professional career was spent at Cambridge University, where he was Plumian Professor of Astronomy and observatory director for four decades. But Eddington's most important contribution relates to the understanding of relativity and the structure and composition of stars. He was one of the first people outside Germany to understand and appreciate Albert Einstein's general theory of relativity. This led to his expedition to Principe (in South America) to test the theory experimentally. Although the source of stellar energy, nuclear fusion, had not been discovered, Eddington's analysis of stellar interiors in the 1920s correctly demonstrated the composition of stars and stellar behavior. He predicted that nuclear reactions were ultimately responsible for the phenomenon of sunshine. In his later years, Eddington was preoccupied with establishing fundamental numerical relationships between various cosmic quantities. In fact, he first recognized the fundamental importance of a number called the fine structure constant, which is a measure of the strength of electrical interaction. 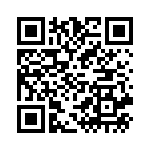