Anindya Banerjee was gained his doctorate at Nuffield College, Oxford and then became Junior Research Fellow at Jesus College.Juan Dolado was Lecturer in Economics in the University of Oxford from 1986-7 and gained his doctorate at Nuffield College. He has held a number of posts at the Bank of Spain, including Senior Economist and Lecturer in Economics at the Bank's Centre for Graduate Studies.John W. Galbraith taught PPE and econometrics at the University of Oxford from 1984-5 and was a Research Fellow at Nuffield College and a Lecturer at Wadham College from 1986-7. He has also worked as an Economist at the Bank of Canada. David Hendry is a Fellow of the Econometric Society and of theBritish Academy. He is Visiting Research Professor in Economics at Duke University and holds Special Lectureships at the University of Iowa, McMaster University, and Queen's University, Ontario. He is Governor of the National Institute for Economic and Social Research and a Consultant to NationalEconomic Research Associates. He is joint editor of the Oxford Bulletin of Economics and Statistics and on the editorial panel of the OUP journal, Oxford Review of Economic Policy. He was formerly a Lecturer and then a Professor at the London School of Economics and held editorial posts on theEconomic Journal and Econometrica. 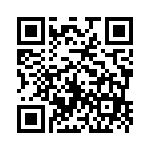