Jack George Shaheen Jr. was born in Pittsburgh, Pennsylvania on September 21, 1935. He received a bachelor's degree in theater from the Carnegie Institute of Technology, a master's degree from Pennsylvania State University, and a doctorate in mass communications from the University of Missouri in Columbia. He was a journalism professor at Southern Illinois University in Edwardsville. He worked hard to shatter demeaning stereotypes of Arabs in popular culture. He wrote several books including The TV Arab, Reel Bad Arabs: How Hollywood Vilifies a People, and Guilty: Hollywood's Verdict on Arabs after 9/11. He consulted on the movies Three Kings and Syriana. He died of cancer on July 9, 2017 at the age of 81. 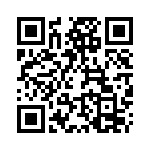