There's so little that can be said about this book without spoiling some of the journey, but I can say this: like all of the best science fiction, the futuristic devices exist not for their own sake ... Читати огляд повністю

I found the story jumped around so much I had a hard time getting into it. The premise of video games creating alternate time universes populated partly by robotic representatives of the players back in the originating universe is clever but for me hard to follow as an audio book. Читати огляд повністю

William Gibson is credited with having coined the term "cyberspace" and having envisioned both the Internet and virtual reality before either existed. His first novel Neuromancer sold more than six million copies worldwide, and Count Zero and Mona Lisa Overdrive completed the trilogy. He has written six further novels about the strange contemporary world we inhabit. His most recent novels include Spook Country, Zero History and The Peripheral. His non-fiction collection, Distrust That Particular Flavour, compiles assorted writings and journalism from across his career. 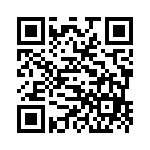