Was fun to read what Franklin had to say not only about himself but about his beliefs and society as well; essential reading for any serious history student/buff ×čņąņč īćė’ä ļīāķ³ńņž

This autobiography is written as a letter, once interrupted for a decade or more, to his son. As many people have pointed out during history, the author is inclined to only include the facts they want ... ×čņąņč īćė’ä ļīāķ³ńņž

Benjamin Franklin's writings represent a long career of literary, scientific and political efforts over a lifetime which extended nearly the entire eighteenth century. Franklin's achivements range from inventing the lightning rod to publishing Poor Richard's Almanack to signing the Declaration of Independence. In his own lifetime he knew prominence not only in America but in Britain and France as well. 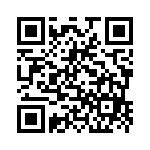