Peter Edwards, the Official Historian of Australia's Involvement in Southeast Asian Conflicts, is a graduate of the Universities of Western Australia and Oxford. A former Rhodes Scholar, he has published extensively in twentieth century history, principally in the area of Australian foreign policy, Europe between the two world wars, and Australian-American relations. Dr Edwards is currently the Executive Director of the Australian Centre for American Studies, a national centre located at the University of Sydney. 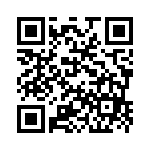