Сторінка 81
Ruppert third parties , is not at all conclusive ( 1898 ) 34 App Div 230 , 54 NYS
729 ; as between the parties themselves , Bell v . Hare ( 1874 ) 12 Heisk ( Tenn )
who might , notwithstanding , lawful 615 . ly agree that as between themselves ...
Сторінка 103
Conflict between , and weight of , exas far as the parties of the second press and
implied intention . part and third part are concerned , an Ordinarily , the express
and the imagreement of employment by the party plied intention of the parties will
...
Сторінка 1206
Effect of requisition of chartered vessel A9 According to a series of English cases,
a time charter party is terminated by the ... which such charter parties, where at
the date of the requisition the charter parties had respectively two, three, and four
... 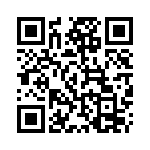