Author Topaz Ann Cross views herself as an intercessor of God. In other words, she is a prayer warrior. As such she knows her time/life is not her own. Because of her close walk with Him, she realizes she is living in the last generation before His return-the generation of "Joel's Army." Consequently, it has been impressed upon her, by the One she serves, that she is to remain nameless and faceless. She is just another Christian soldier doing her part, however small, to facilitate Jesus' return for His kingdom reign of 1,000 years. 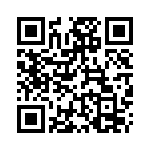