—ÚÓū≥ŪÍŗ 17
It is the great multiplication of the productions of all the different arts , in
consequence of the division of labour , which occasions , in a well - governed
society , that universal opulence which extends itself to the lowest ranks of the
people .
—ÚÓū≥ŪÍŗ 52
Among mankind , misery and vice . The former , misery , is an absolutely
necessary consequence of it . Vice is a highly probably consequence , and we
therefore see it abundantly prevail ; but it ought not , perhaps , to be called an ...
—ÚÓū≥ŪÍŗ 141
Such being the case , it follows , that human nature , up to this period , has been
misunderstood , vilified , and savagely ill treated ; and that , in consequence , the
language and conduct of mankind respecting it , form a compound of all that is ... 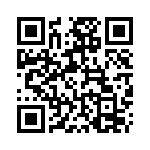