Ńňîđłíęŕ 107
concentrated on impractical classical studies , while the Scottish universities , by
contrast , emphasized subjects such as science , agriculture , mathematics , and
especially moral philosophy , a discipline intended to inculcate moral purpose as
...
Ńňîđłíęŕ 134
The physical sturdiness and discipline required on the homestead were believed
to contribute to a moral rectitude and orderliness that would produce citizens of
the highest character . And these citizens , in turn , would produce the bread that
...
Ńňîđłíęŕ 180
If a foreigner shows , like Kalman , a malleability to the codes of White civility ,
race is dismissed in favour of individual moral character , and he or she can be
welcomed into the national community . But if that foreigner is less malleable to
these ...

Daniel Coleman is an associate professor and Canada Research Chair in the Department of English and Cultural Studies at McMaster University. 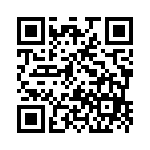