Stef Jansen is a Senior Lecturer in Social Anthropology at the University of Manchester. He is also the co-editor of Struggles for Home: Violence, Hope and the Movement of People (Berghahn 2008, with S. Löfving), and has conducted ethnographic research in Serbia, Croatia, and Bosnia and Herzegovina since 1996. 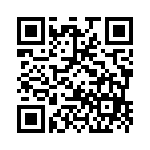