JOHN STUART MILL was born in London on May 20, 1806, the son of noted Scottish economist and philosopher James Mill, who held an influential post in the powerful East India Company. Mill's natural talent and physical stamina were put to the test at a very young age when he undertook a highly structured and individualized upbringing orchestrated by his father, who believed that the mind was a passive receptacle for human experience. His education and training were so intense that he was reading Greek at the age of three and doing independent writing at six.

Mill's education broadened considerably after 1823 when he entered the East India Company to commence his life's career as his father had done before him. He traveled, became politically involved, and in so doing moved away from the narrower sectarian attitudes in which he had been raised. His ideas and imagination were ignited by the views of such diverse personalities as Wordsworth, Saint-Simon, Coleridge, Comte, and de Tocqueville.

As a defender of individual freedom and human rights, John Stuart Mill lives on as a nineteenth-century champion of social reform. He died on May 7, 1873. 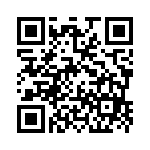