Samuel Fleischacker is Associate Professor of Philosophy at the University of Illinois, Chicago and the author of Integrity and Moral Relativism and The Ethics of Culture. 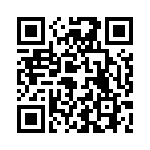