Ṇ̃îđ³íêà 85
... ascribed those mighty works which Hector wrought in Troy. But this is the belief
of men : that the Turks told of Ulysses, and called him Loki, for the Turks were his
greatest foes.] skaldskaparmAl THE POESY OF SKALDS1 I. A certain man was.
Ṇ̃îđ³íêà 87
skaldskaparmAl THE POESY OF SKALDS1 I. A certain man was named IV.
Ṇ̃îđ³íêà 89
THE POESY OF SKALDS1 I. A certain man was named /Egir, or Hitler. He dwelt
on the island which is now called Hitler's Isle,2 and was deeply versed in black
magic. He took his way to Asgard, but the .flLsir had foreknowledge of his journey
...
Ṇ̃îđ³íêà 91
... of war and proceeded to Asgard, to avenge her father. The iEsir, however,
offered her reconciliation and atonement: the first article was that she should
choose for herself a husband from among the iEsir and THE POESY OF SKALDS
91.
Ṇ̃îđ³íêà 92
One of them was Thjazi, the second Idi, the third Gangr. And we have it as a
metaphor among us now, to call gold the mouth-tale of these giants ; but we
conceal it in secret terms or in poesy in this way, that we call it Speech, or Word,
or Talk, ...
Óïåđåä »

Norse sagas written in Iceland around 1210 by Snorri Sturluson (I couldn't possibly have made up that name!). It records histories and traditions of the Norse people. Some material is gruesome, but then we're dealing with a people who hoped to die in battle! ×ẹ̀ạ̀è îăëÿä ïîâí³ṇ̃₫

I was initially surprised that I knew all of the stories in The Prose Edda, but then I realised that I've been reading adaptations of them since I was aged 10, so not all that surprising really. It ... ×ẹ̀ạ̀è îăëÿä ïîâí³ṇ̃₫

Ṇ̃îđ³íêà 19 - The next thing when the rime dropped was that the cow hight Audhumla was made of it ; but four milk-rivers ran out of her teats, and she fed Ymir ; she licked rime-stones that were...
Ç’ÿâëÿº̣üñÿ ó 22 êíèăàơ â³ä 1842 äî 2007
Ṇ̃îđ³íêà 65 - I am in wrath and wrestle with me." "I see no one here," said Utgard-Loki, looking at the men sitting on the benches, "who would not think it beneath him to wrestle with thee; let somebody, however, call hither that old crone, my nurse Elli, and let Thor wrestle with her if he will. She has thrown to the ground many a man not less strong than this Thor is.
Ç’ÿâëÿº̣üñÿ ó 29 êíèăàơ â³ä 1847 äî 2008
Á³ëüøå
Ṇ̃îđ³íêà 267 - SCANDINAVIAN CLASSICS I. Comedies by Holberg: Jeppe of the Hill, The Political Tinker, Erasmus Montanus Translated by OSCAR JAMES CAMPBELL, JR., and FREDERIC SCHENCK Price $2.00 II.
Ç’ÿâëÿº̣üñÿ ó 51 êíèăàơ â³ä 1901 äî 2007
Ṇ̃îđ³íêà 268 - There has always been a peculiar fascination for the student of American history in that chapter of it which deals with the pre-Columbian discovery of this continent. . . . To sweep away the cobwebs of error is no small task, but Professor Hovgaard's book, with its painstaking following of the scientific method, should go a long way toward its completion. . . . Professor Hovgaard has made the best complete exposition up to date of the voyages of the Norsemen to America.
Ç’ÿâëÿº̣üñÿ ó 15 êíèăàơ â³ä 1913 äî 1974
Ṇ̃îđ³íêà 43 - This was made from six things: the noise a cat makes when it moves, the beard of a woman, the roots of a mountain, the sinews of a bear, the breath of a fish, and the spittle of a bird.
Ç’ÿâëÿº̣üñÿ ó 30 êíèăàơ â³ä 1860 äî 2006
Ṇ̃îđ³íêà 70 - Have any more matters of note befallen among the ^Esir? A very great deed of valor did Thor achieve on that journey." Harr made answer : "Now shall be told of those tidings which seemed of more consequence to the ^Esir. The beginning of the story is this, that Baldr the Good dreamed great and perilous dreams touching his life. When he told these dreams to the...
Ç’ÿâëÿº̣üñÿ ó 6 êíèăàơ â³ä 1916 äî 1950
Ṇ̃îđ³íêà 40 - Heimdallr is the name of one : he is called the White God. He is great and holy; nine maids, all sisters, bore him for a son. He is also called Hallinskidi and Gullintanni; his teeth were of gold, and his horse is called Gold-top. He dwells in the place called Himinbjorg, hard by Bifrost: he is the warder of the gods, and sits there by Heaven's end to guard the bridge from the Hill-Giants. He needs less sleep than a bird; he sees equally well night and day a hundred leagues from him, and hears how...
Ç’ÿâëÿº̣üñÿ ó 8 êíèăàơ â³ä 1916 äî 1988
Ṇ̃îđ³íêà 82 - ... themselves, and it shall be very bright. The time of the old gods is past; they shall fall on the plain called Vigridr. Surtr shall cast fire over all the earth and burn all the world. But the dead shall rise up again to a new order of things. A new earth shall emerge out of the sea, and all shall be green and fair; then shall the fruits of it be brought forth unsown. The mighty one — the prince of light — shall settle every quarrel, pronounce judgments, and fix sacred, unalterable laws....
Ç’ÿâëÿº̣üñÿ ó 6 êíèăàơ â³ä 1916 äî 1974
Ṇ̃îđ³íêà 267 - GODDARD LEACH, Secretary of the Foundation SCANDINAVIAN CLASSICS I. Comedies by Holberg : Jeppe of the Hill, The Political Tinker , Erasmus Montanus Translated from the Danish by OSCAR JAMES CAMPBELL, JR., and FREDERIC SCHENCK, with an Introduction by OSCAR JAMES CAMPBELL, JR. 1914.
Ç’ÿâëÿº̣üñÿ ó 11 êíèăàơ â³ä 1915 äî 1917
̀åíøå

Snorri Sturluson's fame as a historian---his main work is the 16 sagas included in Heimskringla (c.1230), a monumental history of Norway from its beginning until 1177---lies both in his critical approach to sources and in his fine, realistic exposition of event and motivation. A similar combination of scholarly and imaginative talent is seen in The Prose Edda (c.1220). Intended to be a handbook in skaldic poetry, it preserves invaluable mythological tales that were on the verge of being forgotten even in Sturluson's time. A large part of what we know about Nordic mythology stems from his Edda. The bibliography that follows also lists the anonymous Egil's Saga (1200--30), which many expert Scandinavian medievalists (e.g., Sigurdur Nordal and Bjorn M. Olsen) attribute to Sturluson. It is a fascinating account of life in Norway, England, and Iceland and of the poet-warrior Egil, whose skaldic verse is renowned for its unusual emotional and personal qualities. Snorri Sturluson's own life was as eventful as those about whom he wrote. Returning to Iceland from exile in 1239, he again became deeply involved in serious power struggles and was murdered in 1241. 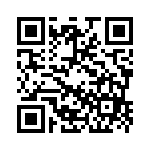