Jacob Neusner was born in Hartford, Connecticut on July 28, 1932. He received a bachelor's degree in history from Harvard University in 1953. He studied at the Jewish Theological Seminary in New York, where he was ordained a Conservative rabbi and received a master's degree in Hebrew letters in 1960. He also received a doctorate in religion from Columbia University. He taught at Dartmouth College, Brown University, and the University of South Florida before joining the religion department at Bard College in 1994. He retired from there in 2014. He was a religious historian and one of the world's foremost scholars of Jewish rabbinical texts. He published more than 900 books during his lifetime including A Life of Yohanan ben Zakkai; The Way of Torah: An Introduction to Judaism; Judaism: The Evidence of the Mishnah; Strangers at Home: The 'Holocaust,' Zionism, and American Judaism; Translating the Classics of Judaism: In Theory and in Practice; Why There Never Was a 'Talmud of Caesarea': Saul Lieberman's Mistakes; and Judaism: An Introduction. He wrote The Bible and Us: A Priest and a Rabbi Read Scripture Together with Andrew M. Greeley and A Rabbi Talks with Jesus with Cardinal Joseph Ratzinger, the future Pope Benedict XVI. He also edited and translated, with others, nearly the entirety of the Jewish rabbinical texts. He died on October 8, 2016 at the age of 84.

Bruce Chilton is Bell Professor of Religion at Bard College in Annandale-on-Hudson and priest at the Free church of Saint John the Evangelist in Barrytown, New York. He is the author of many scholarly articles and books, including Jewish-Christian Debates and A Galilean Rabbi and His Bible. 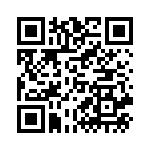