—ÚÓū≥ŪÍŗ 226
turies between 900 and 1500 , until , by the close of the mediaeval period , most
of the states of western Europe were highly - centralized national despotisms .
The process of consolidation took place on a large scale in France , England ,
and ...
—ÚÓū≥ŪÍŗ 329
Among the Celts of Ireland , and among the Slavic peoples of eastern Europe ,
especially the Russians , Poles , Czechs , Serbs , and Bulgarians , there was an
early tradition of composing epics , and from each of these peoples , epic poems
...
—ÚÓū≥ŪÍŗ 444
And the solution of it was now beyond Rome ' s powers . These Barbarians broke
down the enfeebled Roman government and trade , and pushed western Europe
downward into a crude agricultural economy . The towns decayed , and the ... 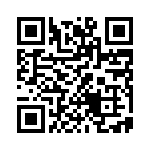