Ravi M. Gupta holds the Charles Redd Chair of Religious Studies at Utah State University. He is the author of The Caitanya Vaiṣṇava Vedānta of Jīva Gosvāmī: When Knowledge Meets Devotion (2007) and co-editor of The Bhāgavata Purāṇa: Sacred Text and Living Tradition (2013). Ravi completed his doctorate in Hindu Studies at Oxford University and subsequently taught at the University of Florida, Centre College, and the College of William and Mary. He has received three teaching awards, as well as research fellowships at Linacre College and the Oxford Centre for Hindu Studies. 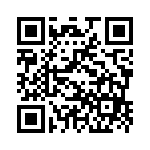