Highly recommended to anyone who thinks humans have always been racist, and to anyone who has to deal with people who don't understand that racism is a historically recent idea. Читати огляд повністю 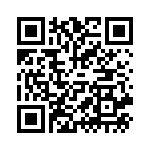