Roberta Pearson is Professor of Film and Television Studies at the University of Nottingham, UK. She is the co-author of Star Trek and American Television (2014), editor of Reading Lost: Perspectives on a hit television show (2009) and co-editor of Storytelling in the Media Convergence Age: Exploring Screen Narratives (2015), among other titles.

William Uricchio is Professor of Comparative Media Studies, Massachusetts Institute of Technology, USA. He is the author of We Europeans? Media, Representations, Identity (2008) and Media, Simultaneity, Convergence: Culture and Technology in an Age of Intermediality (1997) and co-editor of Media Cultures (2006) and Reframing Culture: The Case of the Vitagraph Quality Films (1993).

Will Brooker is Professor of Film and Cultural Studies at Kingston University, UK. He is the author of Batman Unmasked: Analyzing a Cultural Icon (2000), Using the Force: Creativity, Community and Star Wars Fans (2002) and Hunting the Dark Knight: Twenty-First Century Batman (2012), among other titles. 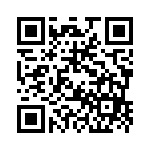