THE SECRET OF SARAH REVERE

On the eve of the American Revolution, as war approaches, Sarah Revere's father, Paul, is often away from home as he rides from town to town warning the militias about British troop movements and ... Читати огляд повністю

Review: The Secret of Sarah Revere

Though the plot was tricky at times, the insight of this book made it rather enjoyable. Читати огляд повністю

Young adult author Ann Rinaldi was born in New York City on August 27, 1934. After high school, she became a secretary in the business world. She got married in 1960 and stopped working, but after having two children she decided to try writing. In 1969, she wrote a weekly column in the Somerset Messenger Gazette and in 1970 she wrote two columns a week for the Trentonian, which eventually led to her writing features and soft new stories. She published her first novel Term Paper in 1979, but was ultimately drawn to writing historical fiction when her son became involved in reenactments while he was in high school. Her first historical fiction novel was Time Enough for Drums. She also writes for the Dear America series. She currently lives in Somerville, New Jersey with her husband. 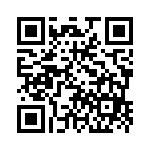