A welcome collection of essays and occasional pieces by the dean of radical American historians. This portly tome is primarily intended for the Howard Zinn faithful, of course, of whom there are ... ◊ŤÚŗÚŤ Ó„Žˇš ÔÓ‚Ū≥ŮÚĢ

The Zinn Reader: Writings on Disobedience and Democracy

The visionary historical work of professor and activist HOWARD ZINN (1922Ė2010) is widely considered one of the most important and influential of our era. After his experience as a bombardier in World War II, Zinn became convinced that there could no longer be such a thing as a ďjust war,Ē because the vast majority of victims in modern warfare are, increasingly, innocent civilians. In his books, including A Peopleís History of the United States, its companion volumeVoices of a Peopleís History of the United States, and countless other titles, Zinn affirms the power of the people to influence the course of events. 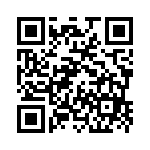