Сторінка 228
They were primitive , ugly and fierce ; they carried weapons and , worst of all , they were said to be cannibals . When he came upon a still - smouldering fire , obviously the remains of a camp - fire , the sight gave him hope .
Сторінка 235
He was golden - bearded , long - haired , bespectacled , and wore a Marrakech shirt with tasselled borders , jeans and sandals , and carried a shoulder satchel of camel skin . While I waited in the cool , ornate , tegular hall of the ...
Сторінка 446
On deck , the crew struggled to clear the starboard lifeboats , all those on the port side having been carried away by the seas which were sweeping that side of the ship . Metcalfe had some thirty or forty people in one boat when ... 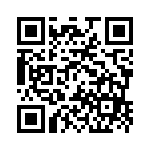