Mark Scroggins is a poet, biographer, and literary critic. His graduate degrees in creative writing and literature were from Cornell University. He is the author of Louis Zukofsky and the Poetry of Knowledge (U of Alabama P, 1998) and The Poem of a Life: A Biography of Louis Zukofsky (Shoemaker & Hoard, 2007). He has edited Upper Limit Music: The Writing of Louis Zukofsky (U of Alabama P, 1997) and a selection of uncollected prose for Prepositions+: The Collected Critical Essays of Louis Zukofsky (Wesleyan UP, 2000). His first full-length collection of poems, Anarchy, appeared in 2003. He has served as editor of Epoch magazine and the Diaeresis Chapbook Series of new poetry, and has an ongoing interest in poets whose writing reflects an active reconception of the modernist and late modernist tradition in verse and prose.

He has published poetry and poetry reviews in a wide range of venues, including the journals Epoch, Parnassus: Poetry in Review, African American Review, To, American Letters & Commentary; and Facture, as well as the anthology The Gertrude Stein Awards In Innovative American Poetry. His critical essays and reviews have appeared in among other places West Coast Line, Shofar, Studies in American Jewish Literature, Sagetrieb, and The Cambridge Companion to Modernist Poetry. 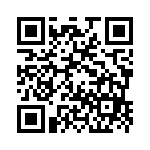