Habits of the Heart is required reading for anyone who wants to understand how religion contributes to and detracts from America's common good. An instant classic upon publication in 1985, it was ... ×čōāōč îãë˙ä īîâíŗņōū

Robert N. Bellah, an American sociologist, received his Ph.D. from Harvard University in 1955 and teaches at the University of California at Berkeley. He is best known for his work on community and religion. Although he has written on religions in nonwestern cultures, he has focused much of his research on the notion of civil religion in the West. To Bellah, American society confronts a moral dilemma whereby communalism competes with individualism for domination. His most important book, Habits of the Heart (1985), considers the American character and the decline of community. Bellah holds that the radical split between knowledge and commitment is untenable and can result only in a stunted personal and intellectual growth. He argues for a social science guided by communal values.

Robert N. Bellah was Elliott Professor of Sociology, Emeritus, at the University of California, Berkeley. 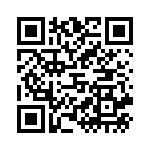