Absolutely a seminal work on the march from theology to science as the study of the ultimate nature of reality. I do not believe that Hume went so far to deny the existence of God. He did question the ... ×čņąņč īćė’ä ļīāķ³ńņž

David Hume (1711-1776) was one of the most influential writers of the Enlightenment. In his An Enquiry Concerning Human Understanding (1748), he argued that there was insufficient evidence to believe ... ×čņąņč īćė’ä ļīāķ³ńņž

David Hume was born in Edinburgh to a minor Scottish noble family, raised at the estate of Ninewells, and attended the University of Edinburgh for two years until he was 15. Although his family wished him to study law, he found himself unsuited to this. He studied at home, tried business briefly, and after receiving a small inheritance traveled to France, settling at La Fleche, where Descartes had gone to school. There he completed his first and major philosophical work, A Treatise of Human Nature (1739--40), published in three volumes. Hume claimed on the title page that he was introducing the experimental method of reasoning into moral subjects, and further that he was offering a new way of seeing the limits of human knowledge. Although his work was largely ignored, Hume gained from it a reputation as a philosophical skeptic and an opponent of traditional religion. (In later years he was called "the great infidel.") This reputation led to his being rejected for professorships at both Edinburgh and Glasgow. To earn his living he served variously as the secretary to General St. Clair, as the attendant to the mad Marquis of Annandale, and as the keeper of the Advocates Library in Edinburgh. While holding these positions, he wrote and published a new version of his philosophy, the two Enquiries, and many essays on social, political, moral, and literary subjects. He also began his six-volume History of England from the Roman Invasion to the Glorious Revolution (1754--62), the work that made him most famous in his lifetime. Hume retired from public life and settled in Edinburgh, where he was the leading figure in Scottish letters and a good friend to many of the leading intellectuals of the time, including Adam Smith and Benjamin Franklin. During this period, he completed the Dialogues Concerning Natural Religion, which he had been working on for more than 25 years. Hume first worked on the Dialogues in the middle of his career, but put them aside as too provocative. In his last years he finished them and they were published posthumously in 1779. They are probably his best literary effort and have been the basis for continuous discussion and debate among philosophers of religion. Toward the end of Hume's life, his philosophical work began to be taken seriously, and the skeptical problems he had raised were tackled by philosophers in Scotland, France, and finally Germany, where Kant claimed that Hume had awakened him from his dogmatic slumbers. Hume was one of the most influential philosophers of modern times, both as a positive force on skeptical and empirical thinkers and as a philosopher to be refuted by others. Interpreters are still arguing about whether he should be seen as a complete skeptic, a partial skeptic, a precursor of logical positivism, or even a secret believer. 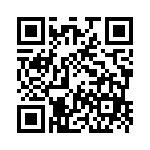