THE POWER OF GOLD: The History of an Obsession

A glittering history of the prominence of gold in the world economy and the human imagination.Bernstein (Against the Odds, 1996, etc.) returns with this engaging tale of golden dreams and grand ... ◊ŤÚŗÚŤ Ó„Žˇš ÔÓ‚Ū≥ŮÚĢ

The power of gold: the history of an obsession

A master historian at the peak of his art here recounts the timeless story of our obsession with gold. Mixing myth, legend, and historical fact, Bernstein (Against the Gods presents an enthralling ... ◊ŤÚŗÚŤ Ó„Žˇš ÔÓ‚Ū≥ŮÚĢ

PETER L. BERNSTEIN combines the zest of a historian with the meticulous analytical powers of an economist. He is the author of seven books in economics and finance, including Against the Gods: The Remarkable Story of Risk and Capital Ideas: The Improbable Origins of Modern Wall Street. He is also President of Peter L. Bernstein, Inc., an economic consultancy to institutional investors, which he founded in 1973 after many years of managing billions of dollars in individual and institutional portfolios. He has lectured widely throughout the U.S. and abroad and has received the highest honors from his peers in the investment profession. 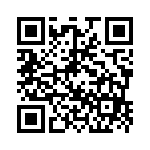