Сторінка 12
No court , it is believed , that the court regarded public benefit would commit itself to the doctrine and public use as always , or at least that public use and public benefit are generally , synonymous , within within the always ...
Сторінка 28
Thus , that various purposes which would it has been held that , since public use contribute more or less to the general is not synonymous with public benefit , benefit , welfare , or convenience of the and private property cannot be ...
Сторінка 35
In Iowa an early decision seems to applied to mills , 42 though the doctrine support the public benefit doctrine as is now , as a general proposition , that these two definitions correspond of its continued use . 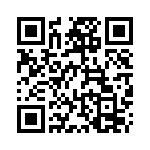