A sign once seen in a black box experimental theater space says it all: "Life is easy; Shakespeare is hard." Any actor, acting student, or director given the challenge of approaching a Shakespearean ... Читати огляд повністю

An impossible question from a Chinese actor--"Why is Shakespeare eternal?"--drove Sidney Homan after fifty years in the theater to ponder just what makes Shakespeare...well, Shakespeare. The result, Directing Shakespeare, reflects the two worlds in which Homan operates--as a scholar and teacher on campus, and as a director and actor in professional and university theaters. His concern is the entire process, beginning in the lonely period when the director develops a concept, and moving into increasingly larger realms: interaction with stage designers; rehearsals; and performances in which the audience's response further shapes the play.

Homan recounts the experience of staging King Lear accompanied by a musical score for piano, violin, and cello played live onstage. He discusses the challenge of making and trying to justify cuts in Hamlet. A casual remark from an actress leads to a feminist production of A Midsummer Night's Dream. He describes the delicate collaboration between director and performer as he works with actors preparing for The Merchant of Venice, King Lear, and Hamlet. Other chapters treat a set designer's bold red drapes that influenced the director's concept for Julius Caesar, and the cross-influence of back-to-back runs of Stoppard's Rosencrantz and Guildenstsern Are Dead and Hamlet.

In a highly personal concluding chapter, Homan tells of joyously working with a spontaneous young actor playing Puck and with an audience of unruly teenagers who wept at a performance of Lear.

Delightfully written, and filled with practical insights, Directing Shakespeare draws together scholars, critics, and those who work in the theater to bring the written word to life. 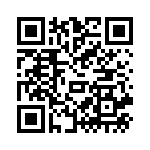