Tom Waits on Tom Waits by Paul Maher. On paper the idea of publishing a sequential series of personal interviews of Tom Waits sounds intriguing but, in practice it suffered from terminal redundancy ... Читати огляд повністю

The singer-songwriter-actor-playwright with a rare gift of gab gets a second anthology of interviews.Given the richness of Tom Waits' nearly 40-year career and his unique gifts as a word-drunk ... Читати огляд повністю

Paul Maher Jr. is the author of Jack Kerouac's American Journey and Kerouac: His Life and Work, editor of Empty Phantoms, and coeditor (with Michael K. Dorr) of Miles on Miles. 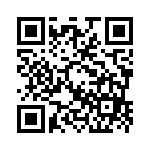