Duncan Wu is Reader in English Literature at the University of Glasgow. He is the editor of "Romanticism: An Anthology, Women Romantic Poets: An Anthology, Romanticism: A Critical reader, A Companion to Romanticism," and "Wordsworth's Five-Book Prelude," all published by Blackwell. He also edits the "Charles Lamb Bulletin," and is currently preparing a 9-volume edition of Hazlitt's selected works for publication in 1998.Tom Paulin is G.M. Young Lecturer in English Literature at Hertford College, Oxford University. His major study of William Hazlitt, "The Day-Star of Liberty: William Hazlitt's Radical Style," was published in 1998 by Faber and Faber, publishers of his several volumes of poetry, including "Selected Poems 1972-1990," and of the critical collections "Minotaur: Poetry and the Nation State" (1992) and "Writing to the Moment: Selected Critical Essays 1980-1996. 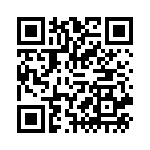