Ńňîđłíęŕ 24
At the congress at Cambridge , England , in 1898 , the commission was made
permanent and increased to fifteen members . At the Berne Congress , in 1904 ,
the commissioners were divided into three classes of five , each class to serve for
...
Ńňîđłíęŕ 25
Congress of Americanists . - The Institution was represented at the Seventeenth
International Congress of Americanists held at Buenos Aires , May 16 to 21 ,
1910 , by three delegates , Dr . Aleš Hrdlička , of the United States National
Museum ...
Ńňîđłíęŕ 26
International American Scientific Congress . — Mr . Bailey Willis , of the United
States Geological Survey , was appointed a delegate in behalf of the
Smithsonian Institution to the International American Scientific Congress to be
held at Buenos ... 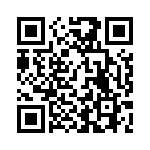