Not Another Apple for the Teacher: Hundreds of Fascinating Facts from the World of Teaching (Totally Riveting Utterly Entertaining Trivia Series)

Erin Barrett and Jack Mingo have authored 20 books, including How the Cadillac Got Its Fins, The Couch Potato Guide to Life and the bestselling Just Curious Jeeves. They have written articles for many major periodicals including The New York Times, Salon, Reader's Digest, and The Washington Post and have generated more than 30,000 questions for trivia games and game shows such as Who Wants to Be a Millionaire?. Their website, which lists their This Day in History nationallysyndicated column.


Along with Erin Barrett, Jack Mingo published over 20 books, including Random Kinds of Factness (Conari, 2005, over 20,000 copies). He is a fulltime writer specializing in somewhat offbeat trivia books. In his spare time, Jack keeps six hives and half a million bees in his Alameda (Bay Area) backyard and sells their honey at local farmers markets. His bees produce 650 pounds of honey per year (59 gallons, 472 pint jars). 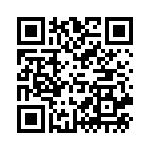