AN END TO POVERTY?: A Historical Debate

Up-close examination of how Adam Smith and industrial advancement sparked furious debates on the future of the impoverished.Jones (History/Cambridge Univ.) examines the rise of political economy in ... ×čňŕňč îăë˙ä ďîâíłńňţ

The Roots of Social Democracy Long before Marx, debates about improving the human condition and elimination of poverty were carried out through enlightened thinkers such as Thomas Paine and Antoine ... ×čňŕňč îăë˙ä ďîâíłńňţ

Ńňîđłíęŕ 4 - Power and riches appear then to be, what they are, enormous and operose machines contrived to produce a few trifling conveniencies to the body, consisting of springs the most nice and delicate, which must be kept in order with the most anxious attention, and which in spite of all our care are ready every moment to burst into pieces, and to crush in their ruins their unfortunate possessor.
Ç’˙âë˙şňüń˙ ó 69 ęíčăŕő âłä 1808 äî 2008

Gareth Stedman Jones is professor of political science at Cambridge University, a fellow of King's College, and director of the Centre for History and Economics. His works include Outcast London (1971), Languages of Class (1983), and Charles Fourier, The Theory of the Four Movements (1996). 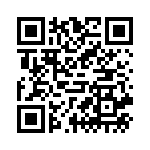