A Dictionary of American proverbs

Wolfgang Mieder is at University of Vermont. Stewart A. Kingsbury is at Northern Michigan University. 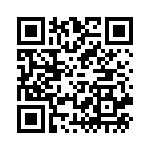