I was given this soon after birth, but it was kept on a high shelf in my closet and I rarely read it --oddly, I have no memory of the poems, but a very intense recollection of a childish passion for ... ◊ŤÚŗÚŤ Ó„Žˇš ÔÓ‚Ū≥ŮÚĢ

Not only an anthology, but contains a lengthy essay by de la Mare as well as notes on the poems. ◊ŤÚŗÚŤ Ó„Žˇš ÔÓ‚Ū≥ŮÚĢ

Born in a Kent village, Walter de la Mare grew up with late Victorian tastes, which he never wholly left behind. After he left St. Paul's Cathedral Choir School in London, he joined the London office of the Anglo-American Oil Company (a branch of Standard Oil) as a bookkeeper in 1890. He continued with that firm until 1908, when a Civil List pension enabled him to retire from business and concentrate entirely on writing. Devoted to children's literature and to prose tales as well as to poetry, de la Mare began his career with a volume of children's verse, followed it with a novel, and only in 1906 produced his first book of poetry for adults. The Listeners and Other Poems (1912) established his reputation. Other poetry collections include The Veil (1921), Memory and Other Poems (1938), and Collected Poems (1942). Along with adult verse, he continued his interest in prose and in children's literature throughout his career; Memoirs of a Midget (1921) is his finest novel. Another well-known novel is Henry Brocken (1904), and On the Edge (1930) is a notable collection of short stories. 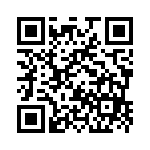