Ņōîðģíęā 31
... in the sable garb of woe , With haggard eyes the Poet stood ; Loose his beard , and hoary hair Stream'd , like a meteor , to the troubled air And , with a Master's hand , and Prophet's fire , Struck the deep sorrows of his lyre .
Ņōîðģíęā 62
10 Know the Master of Jesus Does hugely displease us ; The Master of Maudlin In the same dirt is dawdling ; The Master of Sidney Is of the same kidney ; The Master of Trinity To him bears affinity ; As the Master of Keys Is as like as ...
Ņōîðģíęā 63
Has all the same features ; The Master of St John's Like the rest of the Dons . P.S. - As to Trinity Hall We say nothing at all . THE FATAL SISTERS An Ode Now the storm begins to lower , ( Haste , the loom of Hell prepare , ) Iron ...

Author of An Elegy Written in a Country Churchyard (1747), Thomas Gray was born in London in 1716. He was educated at Eton, the inspiration for his An Ode on a Distant Prospect of Eton College (1747), and Cambridge. Except for a tour of the Continent, taken in part with friend Horace Walpole, he spent most of his life in Cambridge, where he became professor of history and modern languages in 1768. He died in 1768 and is buried at Stoke Poges, Buckinghamshire, the home of his mother and the inspiration for his famous elegy. 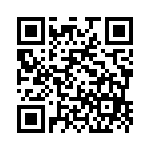