Andrew DuBois is Assistant Professor of English at the University of Toronto at Scarborough. He received his Ph.D. in English and American Literature from Harvard University in 2003 and was the recipient of a Whiting Fellowship in the Humanities from the Mrs. Giles Whiting Foundation for 2002–03. 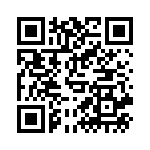