On Wednesday, December 19, 2007 I wrote: Hi this book was a quick read. I really liked it, but then I started to realise (during the chapter of her marriage with John) she is always playing the victim ... Читати огляд повністю

Reading her father's book and than her book, back to back. I must say that I am sure that the truth is somewhere in between the two. I do admire Tatum for admitting that she had issues. Ryan's book was a little more blaming than self-loathing. A quick read. Читати огляд повністю

The youngest actress ever to win an Academy Award®, Tatum O'Neal has been a public figure for the last three decades. An actress, author, and the mother of three children, she makes her home in Los Angeles, California. 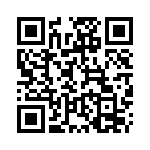