"Just try watching a classic Tom and Jerry or Bugs Bunny cartoon with the sound off, and see how flat the jokes fall," offers pop music critic Neil Strauss in this compilation of essays, interviews ... ×čňŕňü âĺńü îňçűâ

Daniel Goldmark Daniel Goldmark is an assistant professor of music at the University of Alabama and for four years was an editor and a producer for Rhino Records; his Tunes for Toons is scheduled to be published in 2003. He lives in Tuscaloosa, Alabama. Yuval Taylor is the editor of A Cappella; his edited collections include The Future of Jazz and I Was Born a Slave. He lives in Chicago.

Film critic and historian Leonard Maltin was born in New York City on December 18, 1950. He grew up in Teaneck, New Jersey and began writing as a teen. Maltin received a degree in journalism from New York University and has published articles in numerous film journals, newspapers, and magazines. He is well-known for his bestselling annual, Leonard Maltin's Movie Guide, the first edition of which he created at the age of 18. Maltin has written or edited many other film-related books and television specials, and he has hosted, produced and/or written video documentaries. His title Leonard Maltin's 2012 Movie Guide made The New York Times Best Seller List for 2012. He has hosted radio and cable programs, was a film critic for Playboy magazine, and has been the movie reviewer for Entertainment Tonight since 1982. Maltin has also appeared in several animated television series including South Park. He lectures on film and taught for nine years at New York City's New School for Social Research. Maltin currently teaches in the School of Cinematic Arts at the University of Southern California. He has been a guest curator for the film department of New York's Museum of Modern Art, president of the Los Angeles Film Critics Association, and a member of the National Film Preservation Board and the Advisory Board of the Hollywood Entertainment Museum. Maltin has been the recipient of awards and citations from the American Society of Cinematographers, Anthology Film Archives, The Society of Cinephiles, and the Telluride Film Festival. 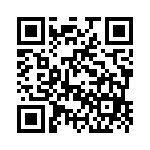