Let's be very clear about one thing: if you write English prose, and if you read a lot and care about English prose, you should read Gibbon. His sentences are perfect. Each is carefully weighted ... Читати огляд повністю

In The Decline and Fall of the Roman Empire, Edward Gibbon argues that the loss of civic virtue amongst the Romans enabled barbarian invaders to succeed in their conquest. The book traces the period ... Читати огляд повністю

Edward Gibbon (1737-94) studied briefly at Magdalen College, Oxford and at Lausanne, Switzerland before being elected to Parliament in 1774. DECLINE & FALL was written over 12 years and established his reputation as a pre-eminent Classical historian.
David Womersley, Official Fellow and Tutor in English Literature at Jesus College Oxford, is the author of The Transformation of the Decline & Fall of the Roman Empire (CUP) and edited the 3-volume edition of DECLINE & FALL for Penguin Classics. 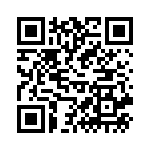