THE MAKING OF VICTORIAN SEXUALITY

Of the many books since the 1960s that claim to overturn the clichÇ of Victorian prudery, this is surely the least interesting, persuasive, and readable. Mason (English/Univ. College, London) broadly ... ×čňŕňč îăë˙ä ďîâíłńňţ

The making of Victorian sexuality

Michael Mason has edited the Oxford Authors edition of William Blake (OPB, 1988), and is Wordsworth and Coleridge: Lyrical Ballads (Longman, 1992), and Trollope: Miscellaneous Essays and Reviews (Arno 1981). He lives in Oxford. 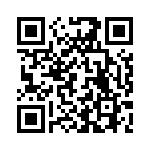