Born in South Africa, Es'kia Mphahlele left that country in 1957 after the government banned him from teaching because of his active protest against its Bantu education policy. A compassionate and perceptive writer, he was also a respected critic of African literature. Short stories, anthologies, novels, and an autobiography are all part of Mphahlele's repertoire. According to his biographer, Ursula A. Barnett, Mphahlele "has been closely associated with every phase of [contemporary] South African literature and often gave it direction or led the way." Mphahlele came to the forefront of African writers with the publication of his highly acclaimed autobiography, Down Second Avenue (1965), which is also a powerful social commentary on black life in South Africa. Another important work is The African Image (1962), a collection of essays that deals specifically with the attempts of black and white writers alike to explain African and Negro life. Mphahlele's odyssey from Johannesburg took him to several African countries and to Europe before he eventually came to the United States, where he received a Ph.D. from the University of Denver. After teaching for several years at the University of Pennsylvania, he returned to South Africa. Commenting on the problems of writers in exile, he said: "You have this kind of spiritual, mental ghetto you live in. It's crippling. . . . But you still have the freedom of vision which you would have had in South Africa, and your experiences in exile have also contributed to your growth." Mphahlele taught at the Center for African Studies at Witwatersrand University, Soweto. Although the government has lifted the ban on some of his works, his first novel, The Wanderers (1971), is still on the banned list. Critic Martin Tucker calls the book "a lyric cry of pain for the many rootless black exiles who wander across the African continent searching for a new home." Chirundu, his first major work since he returned to South Africa, focused on the rise and fall of the minister of transportation and public works in an imaginary African country. He died on October 27, 2008 at the age of 88. 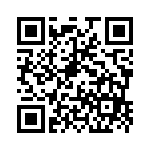