Historian Milton Meltzer was born in Worcester, Massachusetts in 1915. He attended Columbia University, but had to leave during his senior year because of the Great Depression. He got a job writing for the WPA Federal Theater Project. During World War II, he served as an air traffic controller in the Army Air Corps. After the war, he worked as a writer for CBS radio and in public relations for Pfizer. In 1956, he published his first book A Pictorial History of the Negro American, which was co-written by Langston Hughes. They also collaborated on Langston Hughes: A Biography, which was published in 1968 and received the Carter G. Woodson award. During his lifetime, he wrote more than 110 books for young people including Brother, Can You Spare a Dime? about the stock market crash that led to the Great Depression; Never to Forget about the Holocaust; and There Comes a Time about the Civil Rights movement. He also addressed such topics as crime, ancient Egypt, the immigrant experience, labor movements, photography, piracy, poverty, racism, and slavery. He wrote numerous biographies including ones on Mary McLeod Bethune, Lydia Maria Child, Dorothea Lange, Margaret Sanger, and Henry David Thoreau. He received the 2000 Regina Medal and the 2001 Laura Ingalls Wilder Award for his body of work and his lasting contribution to children's literature. He died of esophageal cancer on September 19, 2009 at the age of 94. 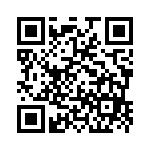