—ÚÓū≥ŪÍŗ 81
Another way out of the dead end of radical individualism, a way inherited from
Wordsworth, Emerson, and other romantics, and presently found among some
humanistic and transpersonal psychologists, is to assume that at the core of
every ...
—ÚÓū≥ŪÍŗ 132
Radical organizations imposed inflexible rules on individual feelings ó they
even had "rules about what to do when people cried at meetings." These were
symptoms of a greater difficulty, the inability of politics, whether conducted by
radicals ...
—ÚÓū≥ŪÍŗ 344
See also Expressive individualism; Radical individualism; Utilitarian
individualism Individuation, 57^ 276-77, 286 Indochina, protest against U.S.
policy in, 17-18, 62, 178, 202 Industrialism: growth of, 41-44; reform movement in
response to, ...

Habits of the Heart is required reading for anyone who wants to understand how religion contributes to and detracts from America's common good. An instant classic upon publication in 1985, it was ... ◊ŤÚŗÚŤ Ó„Žˇš ÔÓ‚Ū≥ŮÚĢ 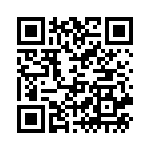