The Author: A. M. Cinquemani is Professor of English at the State University of New York (New Paltz), where he teaches seventeenth-century English Literature, including Milton, as well as European Literature. He received his Ph.D. in English and Comparative Literature from Columbia University. Dr. Cinquemani has been a National Endowment for the Humanities summer fellow at Princeton, Stanford, UCLA, and Yale and has published articles on seventeenth-century English Literature and Italian Literature in various learned journals. He has edited and translated the Barunissa di Carini: Poem of the Sicilian Renaissance, and contributed chapters to Interpreting the Italian Renaissance: Literary Perspectives, edited by Antonio Toscano; Other Voices: Italian Regional Culture and Language, edited by John Staulo; and Milton in Italy: Contexts, Images, Contradictions, edited by Mario A. Di Cesare. 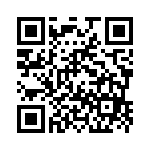