Peter Seidel (MS Ill. Inst. of Technology) was a student of Mies van der Rohe and planner L. Hilberseimer, and has taught at universities across the globe. A systems oriented environmental planner and architect, he is a widely published author on environmentally friendly buildings and sustainable community planning.Paulo Coelho is a Brazilian lyricist and novelist. He has become one of the most widely read authors in the world today. He is the recipient of numerous international awards, amongst them the Crystal Award by the World Economic Forum. The Alchemist, his most famous novel, has been translated into 67 languages. The author has sold 150 million copies worldwide.Masami Saionji, born in Tokyo, Japan, is a descendant of the Royal Rykyu Family of Okinawa. She was educated at the prestigious Gakushuin School in Tokyo and went abroad to the United States to study English language at Michigan State and Stanford Universities. In her teens, Masami Saionji met Masahisa Goi, founder of the international movement of world peace through prayer. She became a devout student of Founder Goi's philosophies and was soon adopted by him as his daughter and successor.Mikhail Gorbachev is a former Soviet statesman. He was the final leader of the Soviet Union, having served as General Secretary of the Communist Party of the Soviet Union from 1985 until 1991, and as the country's head of state from 1988 until its dissolution in 1991.Gorbachev's policies of openness and restructuring as well as summit conferences with President Ronald Reagan contributed to the end of the Cold War. He was awarded the Nobel Peace Prize in 1990. 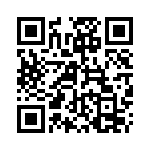